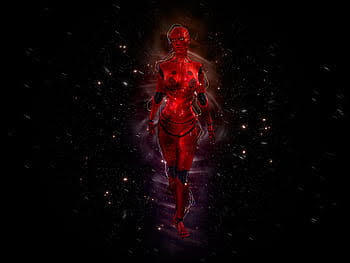 OM1200 and OM2200 NetOps Console Servers bring NetOps and Smart Out-of-Band together, in one appliance

Opengear, a Digi International company (NASDAQ: DGII), and a leading provider of solutions that deliver secure, resilient network access and automation to critical IT infrastructure, today announced the launch of the new NetOps Console Servers: the OM1200 and the OM2200. These appliances are the first of their kind, capable of running standard Docker containers, and bringing Smart Out-of-Band and NetOps automation together in a single piece of hardware.

As the market leader in Out-of-Band management with 75% of Fortune 100 companies using its solutions, Opengear’s unique approach raises the bar for the rest of the industry, providing NetOps automation tools to network engineers for everyday management of their infrastructure. Continued innovation is key to meeting the evolving needs of network resilience.

The new NetOps Console Servers are the only Out-of-Band appliances in the industry to feature both an x86 processor and a secure boot process to protect against configuration and firmware tampering.

Both the OM1200 and the OM2200 form key elements of Opengear’s Network Resilience Platform, which is managed by the Lighthouse management software, and includes the company’s award-winning Smart OOB™ Console Servers (ACM7000, IM7200, and CM7100 appliances). Opengear has always embraced an open architecture — in fact, that’s where the “Open” in Opengear came from — and all products are Linux based. This continues with the expansion into NetOps, with standard tools such as Ansible, Docker and Python at the core of the new OM appliances.

“These innovative NetOps console servers expand the value delivered by the Opengear solution,” said Marcio Saito, chief technology officer, Opengear. “Network engineers can now deploy a single appliance at each location which will not only provide them with secure remote access, but also the presence and proximity layer to serve as base for programmability and automation of network management.”

“Customers have consistently selected Opengear as the clear market leader in Out-of-Band management,” he continued. “Now they can trust us to with their NetOps implementation. Our Network Resilience Platform provides NetOps automation and Smart Out-of-Band together in a single solution.”

Opengear’s Network Resilience Platform provides secure remote access to critical network devices through a separate management plane. It has the ability to automate NetOps processes, such as securely deploying and provisioning equipment, and to access Remote IP devices at any edge location. All of Opengear’s appliances are designed specifically for Out-of-Band management, and manufactured at Opengear’s facility, allowing the company to maintain a consistent design approach and full control of quality and inventory management

“With the Network Resilience Platform, Opengear has moved beyond emergency access. The platform extends management access to the edge of the infrastructure through an always-on management plane that is resilient to disruptions in the production network,” said Saito. “We’re enabling engineers to manage, monitor and remediate their critical network devices, while also allowing them to lock down many features in the production network to improve security. Taken together, it is further evidence that Opengear can be seen as synonymous with the term ‘network resilience’.”